Do you need a caffeine shot every morning to make your day brighter and better? Well, chances are high that you are using a coffee maker. The appliance has become so common that nowadays it is found in almost all the houses of the neighborhood. Ever wondered how many watts for a coffee maker? Like any other appliance, the coffee maker also requires electricity to run. And, its important to know what watts it uses to find out the electricity consumption.

Today, we will discuss the watts of the coffee maker. The coffee makers come in different capacities. This means the power of the appliance varies as well as its energy usage. Keep following the below paragraphs to understand how many watts a coffee maker and how the watts vary.

So, How Many Watts for a Coffee Maker?

Before you begin, let’s talk about what is watts. Well, it is one of the basic units of electricity that most of us know from the high school books. In case you don’t remember, the watts define how much of the power an electric appliance will require to work efficiently. Typically, the watts are mentioned in the specification of the appliance. However, you can also find it out through calculation.

If you want to find the watts of the coffee maker, simply give a look at its box. You should have it printed on there. Moreover, the information about watts should also be disclosed in the user manual. If you don’t find the measure in this way, you can always calculate it out. Watt is equal to the multiplication of volts and amps.

The coffee maker watts vary on a large scale. You can find a coffee maker with watts as low as 500 W as high as 1200 to 1500 W. Typically, if you have a small coffee maker, then chances are high that its watt rating is something around 500 W. The bigger the machine, the more watts it requires for operation. The usual small drip coffee machine that prepares around 4/5 cups of coffee requires around 500 to 900 W.

On the other hand, the coffee makers that arrive at a bigger capacity to brew more require around 700 to 1200 W. However, it’s not always the size or the capacity. As an example, most single-serve coffee makers require 900 to 1500 W, which is higher than the big capacity drip machines. The automatic espresso machines usually require around 1000 W to 1500 W of power.

The coffee makers require most of the watts for heating the water. As there are no pumps inside the machine, the major portion of the wattage are consumed by the heating elements. Some machines allow you to keep the water hot for a long time. They also require extra watts for this job, which is around 60 W per hour. That means keeping the machine for enjoying hot coffee also costs you additional watts.

How To Minimize the Power Usage of Coffee Maker

Another great way to reduce energy use is by preparing enough coffee at once. Then using a thermal flask to store it and drink it hot anytime you want. This is something you should consider even if your coffee maker includes a hot plate. The hot plate or “keep warm” function of the coffee maker also requires a good amount of power. That is because the machine needs to work to maintain the coffee temperature.

You also should clean the coffee maker once in a while. This will prevent lime buildup inside the machine. Note that the buildup doesn’t affect the machine directly. But it will require overworking to heat the water which will lead to more energy usage. That’s why it is important to descale the coffee maker to keep it energy efficient. You should also use filtered water to reduce the growth of mineral buildup.

After reading the above paragraph, now you should already know that the device doesn’t require numerous watts. And, it also doesn’t cost a lot of electricity bills. Although the bill is small, you can even minimize it by implementing the given tips. We hope that you will find this article helpful. 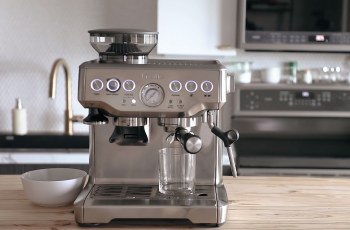