Do You Know Who Made the First Coffee Maker

The coffee maker, we can all agree is a super invention that has become an integral part of our day to day life as humans. A cup of coffee is perfect when starting out the day, and equally great at any point during the day. This helps us stay refreshed and active all day long. A nicely brewed coffee is very enjoyable, but the irony is that this cannot be achieved without a coffee maker. So today, we’re going  to talk about who made the first coffee maker.

How It All Started

Before the invention of the coffee maker, several people had various complains about coffee. These complaints ranged from having particles in their coffee, to feeling of bitterness of over brewed coffee. All these made coffee less enjoyable. Though a lot of people had these same complaints, no one could present a solution to the problem. That is, everyone except Melitta Bentz, the person who made the first coffee maker. This was way back in 1908.

While everyone took their coffee the way it was, and kept on complaining, Melitta, just couldn’t. Melitta was a German housewife who was married to Hugo Bentz. She knew there had to be better ways to make coffee, though she couldn’t place everything together just yet. She had zero tolerance for the coffee particles that always gave her a hard time washing her cup. Asides the particles, she also hated the bitter taste of overly brewed coffee. Her grandparents were brewers, so she knew what it was to have a good drink. She wanted nothing less than a great cup of coffee, that is smooth and less bitter. This desire prompted her to seek for solutions. She had a lot of ideas which led to trials and errors. After several failed attempts, an idea struck, and she found a solution, which presented as the coffee maker.

How the Filter Paper was Made

She put her idea into action by taking out blotting paper from her son’s school exercise book, using it as a filter.  She placed the filter into a bronze pot with already punched in holes. She then placed the pot over a cup, which is the typical model of a coffee maker. With the filter placed in the bronze pot, over the cup, she poured her coffee grounds.  She then poured hot water into the pot and the coffee slowly dripped into the cup beneath. And Voila; the coffee was the best she ever tasted. It was rid of the bitter taste and particles that were so annoying, and she felt proud of her invention.

Good news they say, spreads fast. In a very short while, the new invention became widely appreciated and used by people around, and Melitta started building her brand, alongside her husband, Hugo Bentz, and her children in their Dresden, Germany apartment. The business maintained a steady growth, which was just going to get better. The growth kept motivating her, and she kept doing more.

How The Coffee Maker Came To Stay

She decided to make it official, by getting her business registered as a commercial entity. This she did and was granted a patent on 20th June, 1908, and by 15th December, that same year, the company was officially registered under the name, M. Bentz, with her family members as the first employees. As the business kept growing, the need to contact a tinsmuth to produce the required devices arose, so she acted immediately, and got one for herself, in order to keep up with the production.

In 1909, she took her business to another level by exhibiting it at the Leipzig fair. Apparently, a lot of people loved it and the exhibition brought about massive sales, and she sold up to 1200 coffee makers at the fair. In 1910, the company won a gold medal at the International Health Exhibition, and also won a silver medal at the Saxon Inn keeper’s association.

Nothing good they say, comes easy. The growth of the company was threatened by the first World War, which caused a scarcity of paper, so it needed to be rationed, in other to reach a larger population. This made it difficult for Melitta to get raw materials. But as a company that will stand the test of time, Melitta stayed in business by selling cartons. One would think the end of the world War I would be a time to recover, but the World War II soon started and this directly affected Melitta, as she was ordered to stop her production, and produce only goods that could be used in the war. After the wars, production resumed again. This was in 1948.

After the wars, Melitta gained back its grounds, so the company that started in her Dresden home soon moved to different locations within the city over time, for expansion purposes. By 1928, the company had about 80 workers, who worked double shifts, just to keep up with the demand. In the year 1929, the company moved out of Dresden to a permanent location in Minden, West Germany. By that time, they had produced about 100 000 filters.

In other to expand the business, they stopped focusing on producing coffee makers alone, they then started operating coffee shops and selling coffee related products. In 1948, when Melitta resumed production after the wars, the company was handed over to Horst, her son, who made a lot of tremendous changes in the system. He started a staff welfare program known as Melitta Aid, in order to cater for the needs of the workers. He also reduced the work days to five days a week. On 29th June, 1950, Melitta died in Porta West Falica, Germany. Her dreams and achievements lives on, as her children gave their best to the company, and constantly piloted the company towards expansion.

In conclusion, Melitta boasts of about 4000 employees and various branches across the world. Melitta’s children also handed the company over to their children, keeping it in family control. A simple desire for something better brought about the invention of something so indespensable. 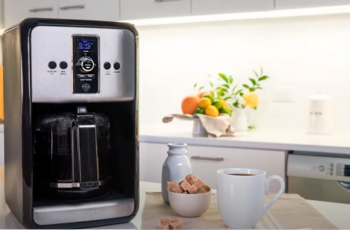